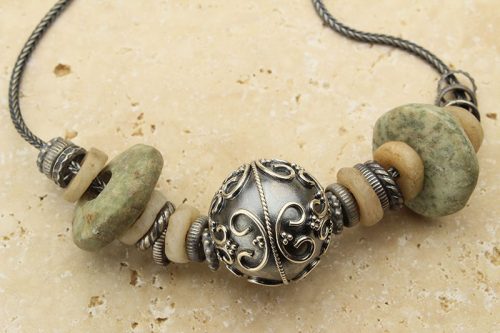 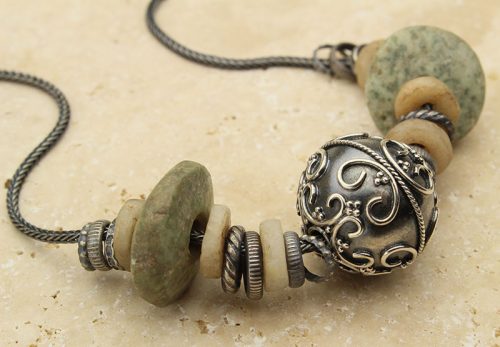 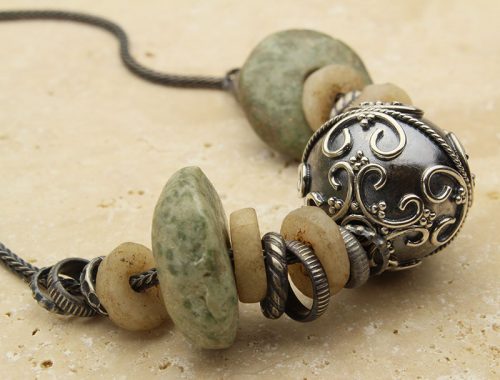 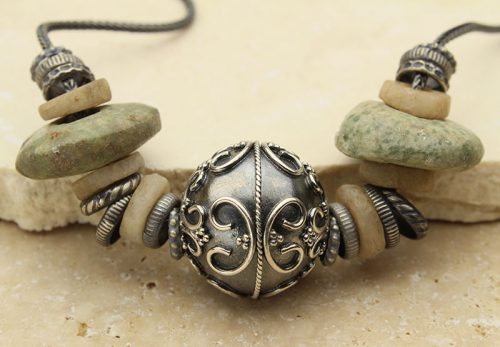 This is a fun necklace with charmingly rustic Precolumbian green stone disk beads, along with ancient quartz disks and my own granulated silver bead and charms.

One of the things I love about ancient beads is the way they show the hands of their long-ago makers, and the wear that they have acquired in the centuries since they were created. These sage green disk beads have both elements, with the cone-shaped holes typical of ancient drill work, wider on one side than the other, as well as a smooth patina of skin wear from all the people who treasured them before they came to me.

The white quartz disks I used as spacers also show the long life they have lived, and together with the green stone beads, they have a subdued beauty. I have combined them with one of my silver granulated beads, in a pattern that reminds me of a kaleidoscope, the complex patterns emerging from the layout shifting depending on what angle the bead is viewed from. 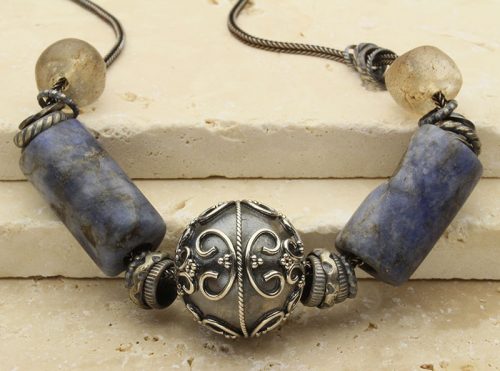 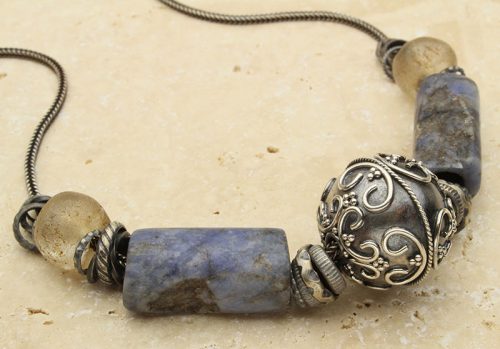 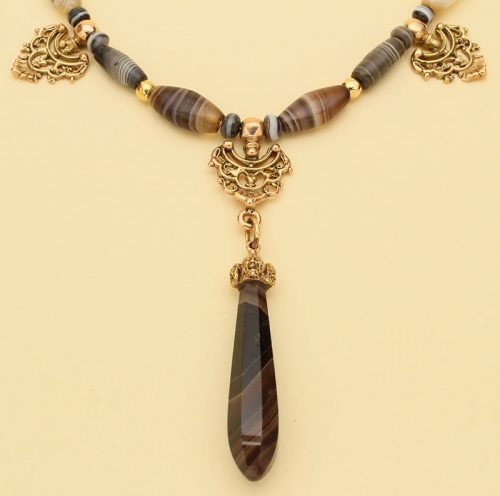 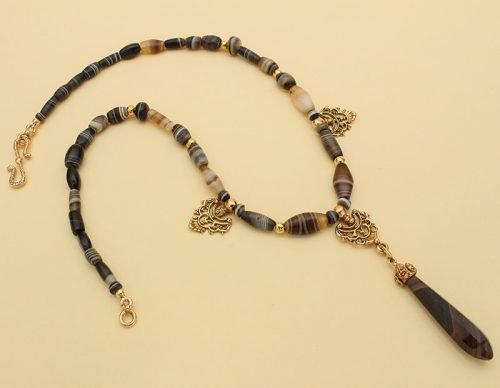 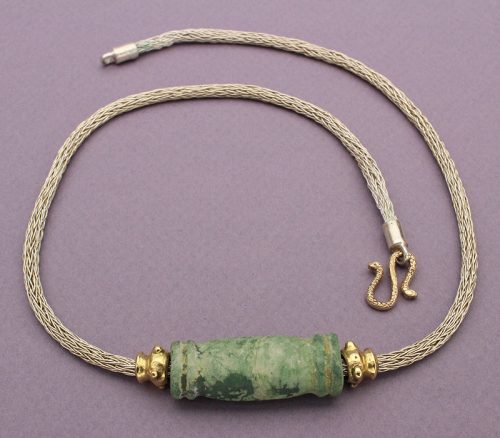 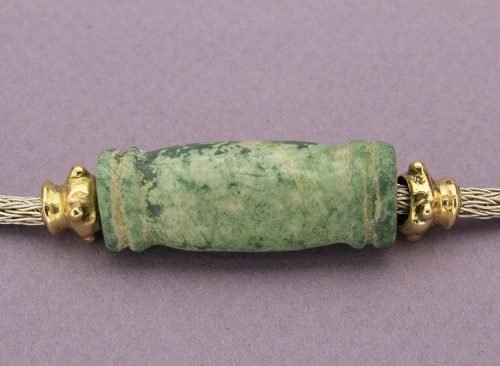 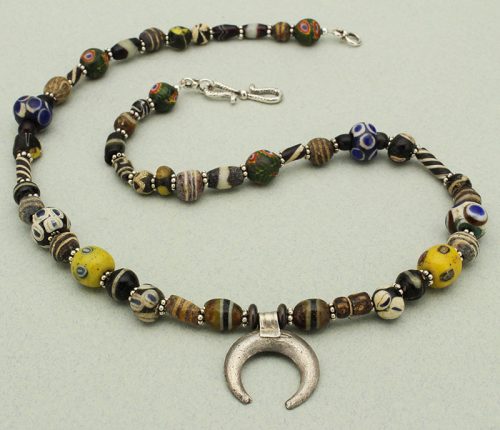 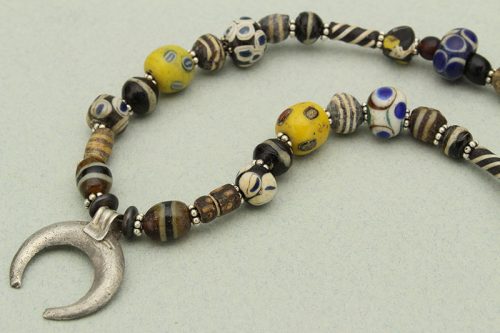 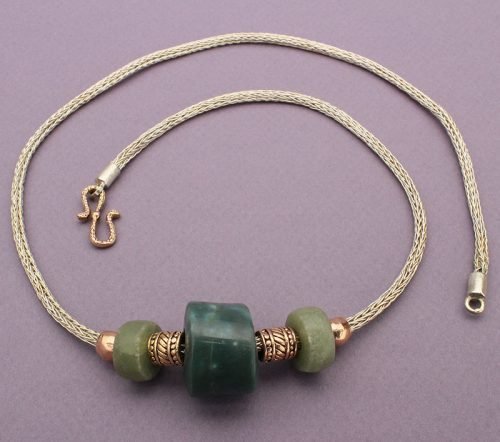 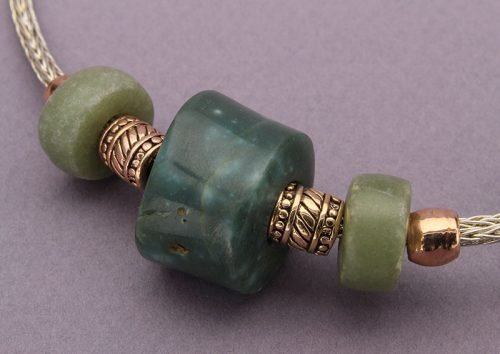 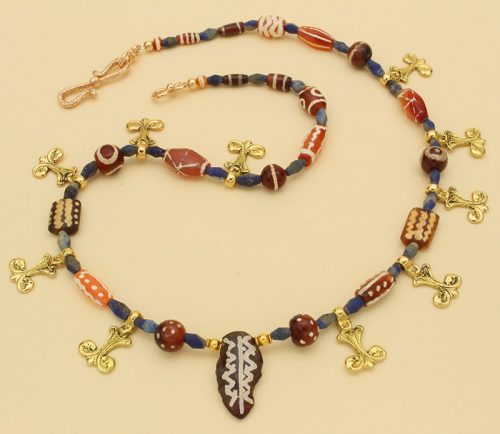 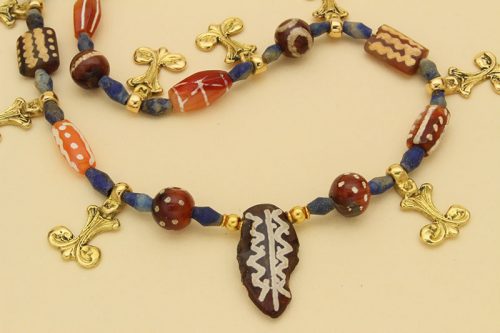 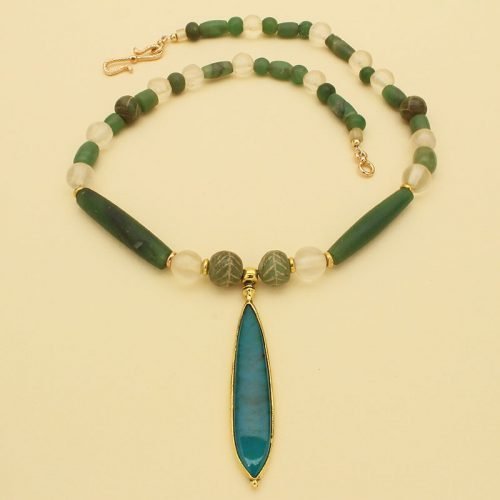 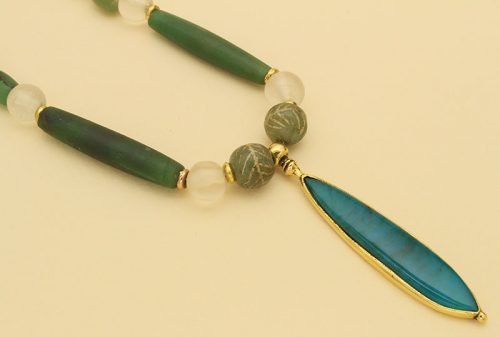 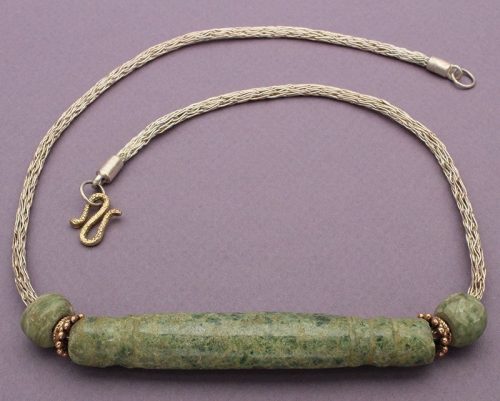 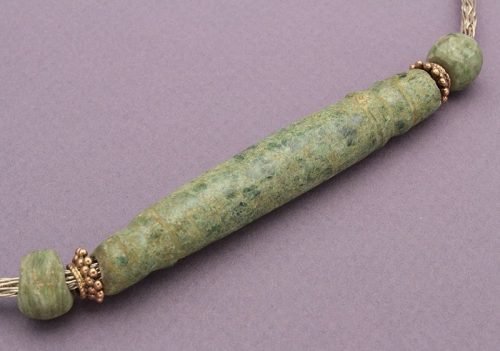